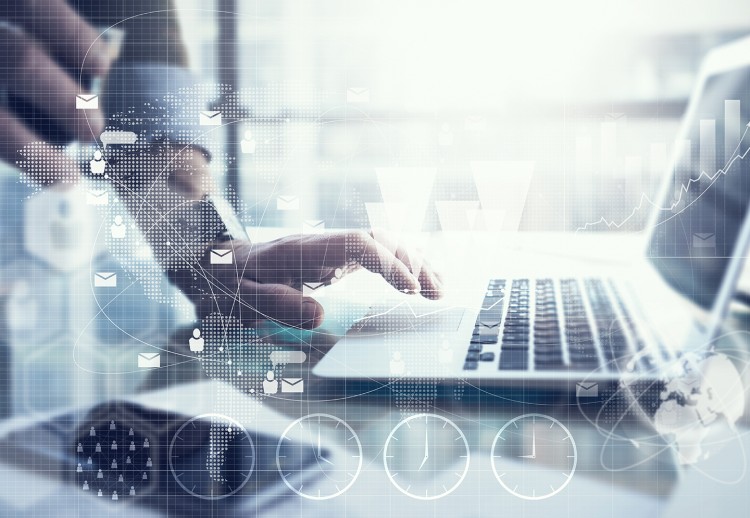 For the past few years, we have used the Intralinks Deal Flow Predictor (DFP) as a key indicator of pending M&A activity. Intralinks is in a unique position to gauge future deal activity since they are a global technology provider of secure enterprise content collaboration solutions. One area of specialization that they provide is creating and managing virtual data rooms (VDRs) for M&A firms.

For several years, they have created the DFP based on what they are seeing on their network in terms of VDR activity. They keep the information regarding who is creating the VDR confidential, but they use the activity to predict future M&A trends. And their DFP has proven to be very accurate:

Decision Economics’ analysis showed that our prediction model has a very high level of statistical significance, with a more than 99.9 percent probability that the Intralinks Deal Flow Predictor is a statistically significant six-month predictive indicator of announced deal data, as subsequently reported by Thomson Reuters.

Anything with that level of predictability is clearly in line with reality and we have found the DFP to be accurate, in our practice too, as a gauge of potential growth.

I was quite pleased to see their predictions of M&A announcements for the first quarter of 2017:

We have two pieces of good news in this update. First, 2016, despite economic and political uncertainty (especially in relation to the U.S. presidential election), will most likely end up a solid year in M&A deal making; we are seeing that in our own practice. Although we are slightly behind in deal closings at the beginning of December 2016, compared to the same YTD numbers for 2015 (a record year for us), the number of clients we have under dual-signed LOI (letter of intent – a good indicator that the deal will close) is up over 40% compared to last year.

Does the Seller’s Market Continue?

As with any industry, you never count a deal until it closes. However, the fact that we are 40% over last year in dual-signed LOIs is clearly a good indicator that our current seller’s market continues. This is further confirmed by the second piece of good news in the paragraph above: The Intralinks DFP for the 1st quarter of 2017 indicates an increase of 5% over last year. This is interesting given that the 1st quarter is usually the lightest quarter in deal making of the entire year. So, a predicted 5% increase in activity in the 1st quarter is good news indeed and bodes well for the entirety of 2017.

Of course, now that the presidential election is settled and the expected playing field is outlined, based on input from a number of sources, it is safe to assume that optimism and confidence in the economy will only make dealmakers even more active in 2017.

We look forward to future Intralinks DFP updates as 2017 proceeds and are confident that the first quarter will be an indicator of a robust year.

If you would like to learn more about how M&A activity can impact your business and your future financial goals, reach out to us and find out how to attend one of our highly educational M&A conferences that we hold throughout North America. These are designed to help business owners learn a significant amount of information about current exit planning trends and can be quite useful to you as you begin to consider your exit options. To learn more, follow these helpful links: