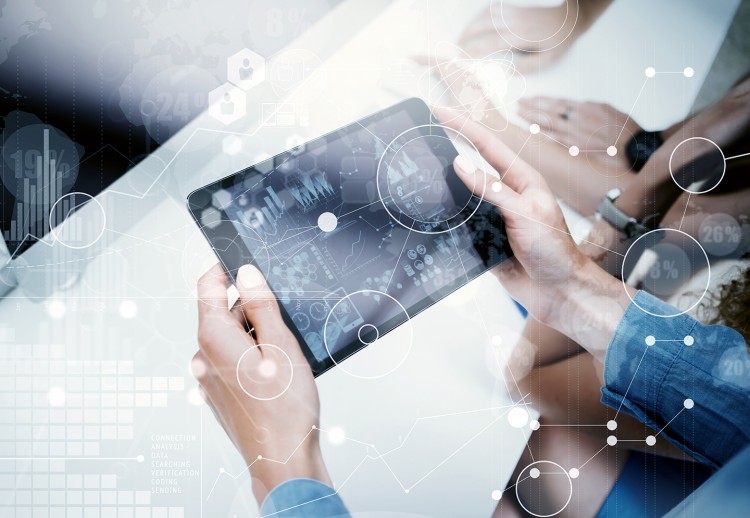 From time to time, we like to take a look at various indices as predictors of pending M&A activity over the next year or more. One of the most reliable that we have used throughout the years is the Intralinks Deal Flow Predictor (DFP).

Intralinks is in a unique position to gauge future deal activity since they are a global technology provider of secure enterprise content collaboration solutions. One area of specialization that they provide is creating and managing virtual data rooms (VDRs) for M&A firms.

For several years, they have created the DFP based on what they are seeing on their network in terms of VDR activity. They keep the information regarding who is creating the VDR confidential, but they use the activity to predict future M&A trends. And their DFP has proven to be very accurate:

Decision Economics’ analysis showed that our prediction model has a very high level of statistical significance, with a more than 99.9 percent probability that the Intralinks Deal Flow Predictor is a statistically significant six-month predictive indicator of announced deal data, as subsequently reported by Thomson Reuters.

A few months ago, we looked at their first quarter 2017 predictor where Intralinks stated, “Announced deals in Q1 2017 will be around 5 percent higher than in Q1 2016.” So it was with great anticipation that I reviewed their 2nd quarter DFP release that has continued to show predicted M&A growth for the next six months:

We are actually predicting an even larger increase in deal making activity in 2017 based on the buyer activity and interest we have seen so far this year. Discussions we have had during the first half of this year indicate that dealmakers are quite bullish on their plans for this year and beyond.

In fact, we are on pace to have another record year. Through the first few months of this year our deal closings are up 36% compared to 2016 and our dual signed LOIs (letters of intent) are likewise up over 10% when compared to the same timeframe last year.

Dual signed LOIs are a key indicator because they typically result in closed deals since both seller and buyer have “signed off” on the initial draft of the purchase agreement. With closed deals up significantly and pending transactions likewise showing improvement, it is safe to say that buyers have a growing interest in doing deals.

And, according to Intralinks, there are several compelling trends that are driving this demand for acquisitions:

We concur with Interlinks in this analysis. These factors, coupled with the significant cash on corporate balance sheets and capital in play with equity firms, are converging to make this an optimal seller’s market for those owners who are both personally and professionally prepared to exit, either partially or wholly, via an exit event.

But the reality is you don’t decide today to sell your company tomorrow. It is a process that begins with the formulation of the reality that eventually your legacy will need to be transferred to a new owner. Either to family members (not optimal in most cases), employees (often even less optimal) or to a third party. Under any of these scenarios, the most important concept is planning. Without planning and preparation, you may fall into the trap far too many business owners find themselves in: Making a transition when circumstances force you to, not when the market timing is optimal, as it is now.

A great way to start your planning is to attend a Generational Equity exit planning conference. These are no-obligation, complimentary and are led by seasoned M&A professionals, many of whom have exited their businesses and can tell you real world stories of how (and how not) to do it. To learn more, call me at 972-232-1125 or email me at cdoerksen@generational.com. Here are some links that you might find helpful as well: